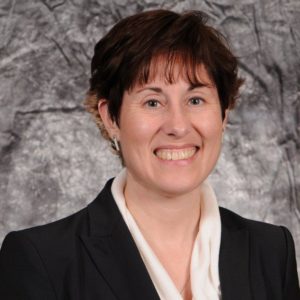 Aiessa went to college at New Mexico Tech as a computer science major. Her education was initially guided by her love of science and math, as well as a fondness for programming. Shortly after starting school, she was introduced to a relatively new program, technical communication.

“While I like science and math and I was into programming at the time, I also liked to write and I saw that as a way to combine my love of science, math, and writing, so I switched over to the technical communication program,” said Aiessa.

After university, one of her first jobs was with a Nevada-based company writing and editing policies and procedures, technical reports, and technical proposals.

“Even before my first job, I was fortunate in that, my student jobs and internships were focused on technical communications, so, I started with tech writing and editing roles as a college student,” said Aiessa

Aiessa went on to earn a master’s degree in general communications studies with an emphasis on public relations. Her career then moved into different opportunities but, always with technical organizations and working with the technology function within the company.

The path to technical communications

“It’s such a broad field, there are so many different ways people can specialize. Technical communicator seems to sum it up well,” said Aiessa.

“I envisioned myself becoming a science journalist when I was still in school, that’s what I thought my career path would be but, through connections at my alma mater and the STC, I found my first job out of college and I ended up doing technical writing instead,“ said Aiessa.

The STC became a part of her career almost from the beginning as New Mexico Tech had a strong student STC chapter.

“If you were in the tech comm department, it was an expectation that you would attend the monthly STC student chapter meeting and participate. STC has been part of my career path from the beginning. Virtually every role I have had has had some kind of STC connection,” said Aiessa.

“I remember everyone sitting up and watching the time change and when everything went off flawlessly, it was rewarding to know I played a role in making sure that went off smoothly,” said Aiessa.

More recently, the things she is most proud of are not specific projects but knowing that she is making a difference and contributing to the operating strategies that ensure her organization is achieving its goals.

“In my current role I support the technology division, specifically the CIO and the leadership team. I am contributing to the strategy that benefits the broader company. Just knowing how the communications function contributes to the company, I take a lot of pride in that,” said Aiessa.

Aiessa has had the opportunity to write and edit in science, geology, biology, the health sciences, and nuclear engineering. With writing and editing experience in a wide array of contexts, Aiessa has enjoyed a varied career. It has included almost every potential deliverable including reports, policies and procedures, audio production, video, exhibits, posters, and so on, almost any kind of deliverable.

The future of technical communication

Over the course of her career, she has had the opportunity to focus on different specialty areas. One of particular interest, and which has been rewarding, is Cybersecurity.

To new technical communicators, Aiessa’s advice is “keep learning and keep an open mind.” When a writer/communicator has the benefit of an extended career, they can see how much the tools have changed, and the processes and mechanisms have evolved.

“Good core writing and editing skills will carry you through but you have to keep growing and learning and evolving with the industry to have a successful career,” said Aiessa.

She also recommends new communicators have a network of peers you can use. Even if you come from a formal technical writing program, you can find yourself working with a team that does not have the needed experience. Having resources to whom you can reach out is invaluable. Starting out you may not see the value but, later, you will appreciate having others to whom you can ask advice.

You may find yourself the only technical communicator on a project team and missing a peer communicator. That’s when you will find a network incredibly valuable.

“When I started out, we did not have social media. Now it is a key way companies communicate with their customers. The STC is a built-in network,” said Aiessa.

Aiessa’s vision for the STC

As Aiessa prepares to move into the Presidency, her vision is for the STC to be even more connected as a global virtual community. The STC leadership team has learned a lot through the pandemic about how to gather and collaborate remotely. The STC has been doing this for years through webinars and virtual education offerings. However, many did not see the extended potential. For example, who could have imagined a virtual conference. Now we have had that experience and can see how valuable and effective that can be. Additionally the advantage of being able to participate in social functions remotely has opened wider experiences, even beyond the local community, time zones, and borders.

“While the STC may be anxious to get back to in-person events, we do not want to lose the flexibility we have acquired. The advantages include: being able to participate in meetings beyond the local community and working as a more global organization. From a community perspective, the virtual option is invaluable,” said Aiessa.

The future of the STC and the technical communication field is bright and we have great leaders.

To learn more about Aiessa’s career, go to her LinkedIn profile.