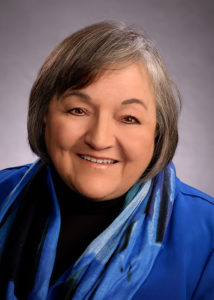 Bobbi Werner is the treasurer of the STC. She is also the Senior Manager for Technical Communication for Baxter International, Front Line Care division. Bobbi has been a technical communicator for more than 30 years, and her career includes technical writing, corporate training, and editorial services.

After completing her Masters, she began to teach.

“… (I) got my master’s in English; I had done some teaching as a graduate assistant and thought I should teach. I earned my Certificate of Qualification to go alongside my master’s degree,” said Bobbi.

After teaching in secondary education she returned to the University as a professional writing instructor.

“Our writing program was very professional and they treated us well, so that’s what I did, but I also started to do some freelance work. After an internship in graduate school in which I worked on a glossary–that was my big project, a glossary–I got to work on some actual user documentation. The bonus was that I was able to say that I had an internship as a technical writer,” said Bobbi.

That internship led to other opportunities in technical communication. Through a faculty member who was connected with organizations looking for contractors, Bobbi’s name was submitted to various projects.

One project of note:

“I was given the opportunity to work on a project pertaining to the seismic qualification of nuclear power plants,” said Bobbi. “It was basically to ensure that they could continue to operate safely in the event of an earthquake.”

The customer’s first language was not English, so Bobbi was able to assist in both the proposals and a business plan, as well as the additional business materials required for the proposal. This relationship blossomed into an opportunity to work as a ghost writer for the larger engineering staff. Many of the engineers were nearing retirement so Bobbi was instrumental in capturing and communicating their knowledge so it could be used by the next generation of engineers.

“They wanted to make recordings and develop training that was really forward-looking. They needed somebody with communication expertise. I was involved with anything that had to be written to support the project, such as scripts, which wasn’t actually technical writing but was dealing with technical engineering content. I was making sure it was clear, and the fact that I had a background that involved writing scripts meant it was within my abilities. It was a nice coalescence of different skills that I had developed,” said Bobbi

A new opportunity
After several years, a new opportunity presented itself. One of Bobbi’s former colleagues at the University had a business providing technical writing training. As she prepared to retire, she asked Bobbi if she would be interested in taking over her clientele. That led Bobbi into a series of corporate-training opportunities.

“I became a real specialist in technical writing while doing that; I got a lot of exposure to different industries as a corporate trainer. Part of our coursework involved students bringing in their samples. We would have workshops where I would create lessons around the materials they provided, so it was very concrete and relevant.”

This allowed Bobbi to further develop as a technical communicator. She helped people improve their communication skills. In this capacity she was exposed to a variety of industries including sonar and radar systems, HVAC, and hydroelectric power. Bobbi developed courses around content that had been tapped as problematic.

One of these students moved to a telecommunications company and gave Bobbi the opportunity to teach a course at that firm, which then opened up an opportunity to work exclusively as a technical writer. Bobbi was now a full-time technical writer. She left her teaching job and worked for that company until they were acquired. Following the acquisition, she gained additional experience writing for other industries, including healthcare insurance, aeronautics and aviation, ground surface radar systems, and medical device manufacturing among others.

STC
Much of Bobbi’s story is the story of how a professional network benefits your career. It’s who you know and who knows you and your skills.

“Initially I distinguished myself with my writing and editing. I did a lot of freelance work with the engineers who needed to get articles ready for publication. I was very eclectic in that, I worked in lots of different industries. It’s a long list, but when I put it all together, the thing that it really drives home is if you are an effective communicator, if you’re not afraid to ask questions, if you’ve got an inquiring mind and really work to understand things, it doesn’t matter how off-putting the discipline. You can learn enough to clearly simplify and communicate whatever is required, as long as you understand your audience. At the university we learned all of this theory about discourse and audience-purpose messaging, but it all becomes real when you are working in the industry.”

A good technical writer can write anything if they have the time to immerse themselves in the content. The skills of a good technical communicator are not just writing but, in addition to the mindset, there is inquiry, the ability to sort, simplify, identify gaps and find ways to fill them with good content.

Her accomplishments include being elected to the STC National Board, being published in Intercom, and winning numerous awards in STC competitions, both individually and as part of a team.

Bobbi notes that the STC’s role has changed. Being on the Board has allowed her to see some of the challenges the professional society is facing, many the result of changing perceptions of professional memberships and their value.

The STC is diligently communicating the value of networking, mentorship, and the array of educational resources the STC offers through webinars, programming, and networking opportunities.

The STC has much to offer to the technical communication industry because there is so much change happening and keeping pace with that becomes exceedingly difficult if you are disconnected from the latest innovations. Many tools and processes are introduced that allow technical writers to work more efficiently.

“There is a cause-and-effect relationship. If businesses are not providing support for their writers and illustrators to be members of the STC and all that it has to offer, they get entrenched in their way of doing things which results in stagnation,” said Bobbi.

The STC is increasingly working to provide information that helps move people out of their ruts and consider new things. Technical communicators have an inquiring mind, which helps as they are responsible for finding better ways to do what we do on a day-to-day basis, increasing clarity, efficiency, and accuracy.

To learn more about Bobbi’s career, go to her LinkedIn profile: https://www.linkedin.com/in/roberta-bobbi-werner-9409219/.